Our Mission and Vision

Established in 2015, the HIVE volleyball club has fast become a premier AAU volleyball program.   The HIVE is a member of the Amateur Athletic Association Volleyball   (AAU) and operates under their rules and code of conduct. AAU's philosophy is "Sports for All, Forever".  Therefore no player is ever cut from the HIVE.  Our primary focus is on players development and general team building concepts.

The HIVE offers both a Winter and Spring Season. The Winter season begins the first of December and runs through the end of February.  The season breaks for two weeks during the holiday season. The Spring season begins in March and continues through May.  The HIVE is not in session during Spring Break. 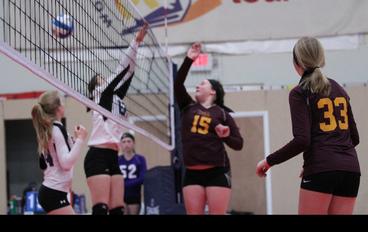 Our mission is to provide girls the opportunity to improve their volleyball knowledge, skills and promote good citizenship.  It is our goal that each player will find the season rewarding, educational, and fun!

Our vision is to be the preferred AAU club in the Montcalm County area.

We do accommodate players participating in other sports.